This time last year I posted a few free arrangements of Auld Lang Syne, for any accordion player out there who happened to find themselves in need of playing along on New Year’s Eve.

But did you know that the familiar song we all know may not actually be the original version? There’s evidence that Robert Burns initially set his lyrics for Auld Lang Syne to a slightly different melody, only later having it changed to the one most of us know today.

And while Burns himself was reportedly not too fond of that first version, I think it’s by far the superior of the two. Some traditional folk singers, such as Mairi Campbell and Jim Malcolm, have recorded wonderful versions of the original melody. Give them a listen and see what you think…

And if you want to play it yourself, here’s the sheet music for an accordion arrangement of it I put together (inspired largely by the Jim Malcolm version):

(I’m using a lot of left-hand minor-seventh chords in it. If you’re not used to playing them, it may take a bit of practice. The basic idea is that you play the root of the chord on the counterbass row, then add a major chord button from one row higher–that is, closer to your chin. So a Bm7 chord would be the counterbass of G, which is a B bass note, played along with the D major chord button.)

Enjoy! And have a great new year!

This week, after 32 long years, there’s finally a new Star Wars movie coming out! (“Prequels? What prequels?” is my official stance.)

And yes, I Fandangoed my tickets two months ago and will be going Thursday night! I might even dress up as one of my favorite characters. Anyone know where I can get a Max Rebo costume on short notice?

Anyway, I also thought this might be a good opportunity to post a couple of videos for the occasion. We’ll start with the first “teaser” trailer for the original movie (what’s now called Episode IV: A New Hope, but was just plain-old “Star Wars” to us back then). Even casual fans will notice a few differences from the finished film:

The trailer was released in December, 1976–five months before the movie came out. So the logo is all wrong, and the special effects aren’t quite finished. Check out the plain white energy blades on the lightsabers and those blasters that don’t shoot bolts of light yet!

But most glaringly, it’s missing John Williams’ iconic, Oscar-winning score, which wouldn’t even be recorded until several months later, in March of 1977. Instead, we hear a “temp track” of generic classical music (apparently based on Vivaldi’s Winter).

If you knew nothing about Star Wars except that trailer, would you want to go see it? Without that classic, triumphant dun-dah-duntada-duuuun-daaaah, would you expect this weird little space movie to become the enormous worldwide success that it did? I don’t think I would.

And if you need more proof of the huge impact John Williams has on the world of Star Wars, check out this hilariously awkward look at what the final Throne Room scene would be like if the music stopped waaaay too early:

Yup. Music sure can make a difference.

EDITED TO ADD:  But hey, don’t take my word for it! I just found this great audio clip from a recent ClassicFM interview , where Harrison Ford himself talks about that wonderful music… 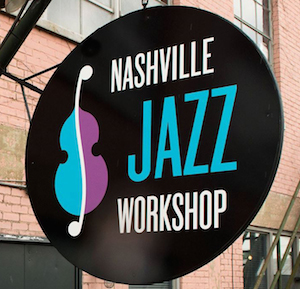 This Thursday, 12/10, I’ll be bringing my accordion and sitting in with the Nashville Jazz Workshop Trio, backing up the students of Christina Watson’s “French Chansons” class. This is sort of the “final exam” part of the class, where the students get to perform what they’ve learned in front of a real, live audience.

If last week’s rehearsal is any indication, it’s going to be a very cool show. The set list is full of classic French jazz standards such as La Vie en Rose, La Mer (“Under the Sea”), and Sous la Ciel de Paris (“Under Paris Skies”). And they’ll all be sung in French!

Details are at NJW’s website. It’s open to the public, completely free, and BYOB. So grab a bottle of Bordeaux or Burgundy and come on down. J’espère te voir là-bas!

If you haven’t heard of something called a “house concert”, well, it’s pretty much just what it sounds like:  A small-scale musical performance in someone’s home or apartment, with maybe a few dozen or so audience members sitting on sofas and chairs or just plopped down on the floor. Usually a hat is passed around at the end to collect money. A pretty cool idea in this age of giant festivals and Enormodome arena shows!

Over the past few years, GroupMuse has brought people together to put on over a thousand classical music house concerts around the world. They have a Kickstarter campaign to help support and expand their mission. It’s in the last few weeks, and I encourage you to consider backing it if you can (I have!)

Anyway, as a tie-in to the Kickstarter, the founder of GroupMuse did an insightful “Ask Me Anything” interview recently. A few highlights…

The truth is, when classical music institutions are only beholden to the patronage class, the experience and atmosphere is invariably a reflection of that class. We want the experience to be an active reflection of the component members–listeners and performers […] so that it doesn’t just reflect the priorities of benefactors who can’t be alienated, for fear that un-diversified support would dry up.

The rallying cry needs to be “Our world needs saving, and classical music can do that!”

From a social perspective, classical music works so well just because it’s so scalable. No equipment, no amplifiers. All you need is four chairs and a floor!

You can read the whole shebang for yourself over on Reddit.