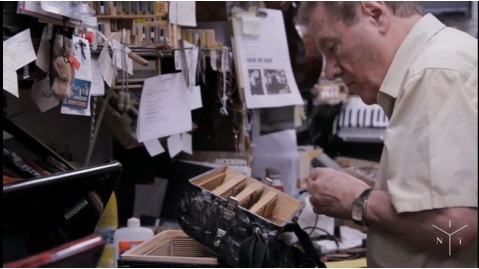 The New Yorker recently featured a short video profile of Alex Carozza. Which reminded me of the time, long ago, when he sold me my first accordion…

It was 1997, and I found myself in New York City with the urge to buy an accordion and learn to play it. Back then, the section of 48th street just off of Times Square was without question the place to go. Most people just called it “Music Row”–not to be confused with Nashville’s Music Row, of course.

Think of it as sort of a Diagon Alley for musicians. Every instrument, accessory, and gadget you’d ever need could be purchased somewhere on that block. Manny’s was there. Rudy’s was there. Sam Ash lorded over about half the block with multiple storefronts.

Sandwiched between these “big guys” was an easy-to-miss door, leading to a narrow set of stairs that lead up to Alex’s shop on the second floor. It was there that I met the man himself and told him what I was looking for (something used, cheap, and shippable back home to Nashville). 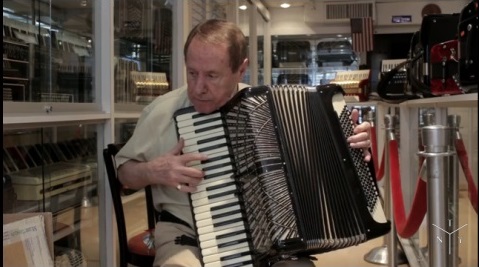 He disappeared among the tall, metal shelves and soon emerged with what he assured me, in his characteristic Italian accent, was the perfect first accordion for me.

I guess he was right, because that old accordion set me on a musical path that, 16 years later, I’m still traveling.

These days, most of the music stores on 48th have either gone out of business or moved on to parts of the city with cheaper rent. But Alex and his accordions are still there, making sure there’s still some music playing on what’s left of New York’s “Music Row”.

1 thought on “Alex Carozza: Still There”