Along the lines of the story on Alex Carozza I posted about previously, Inforum.com brings us a look at some other accordion die-hards: Dilworth man keeps accordions’ bellows breathing 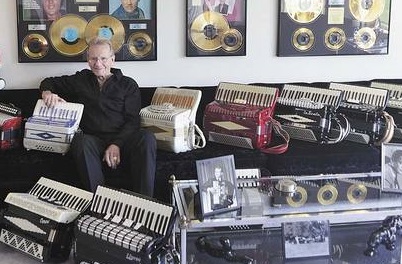 I wasn’t around during the “accordion boom” when people like Dave Kolle were selling several dozen accordions a week and teaching a full roster of students. Must’ve been a heck of a time. But I’m glad to see people still keeping the torch alive as best they can. Like Linda Gylland, also featured in the article:

“They talk about how North Dakota is the No. 1 state in drinking alcohol because there’s nothing else to do,” she said. “I thought, ‘These people should throw the booze away, find some accordions, and start having some real fun.’ ”

Well, I don’t know about throwing all the booze away–drinking songs do make up an important part of the accordion repertoire, after all–but I like the rest of her idea!