Each year the National Association of Music Merchants meets here in Nashville for their “Summer NAMM” trade show. Geared toward retailers, the show boasts booth after booth of nearly every conceivable type of musical product manufacturer trying to pitch their wares to the Sam Ashes and Guitar Centers of the country. Recording equipment. Sheet music. Guitars. Keyboards. Violins. Horns. Drums. Weird instruments that defy categorization. You name it. 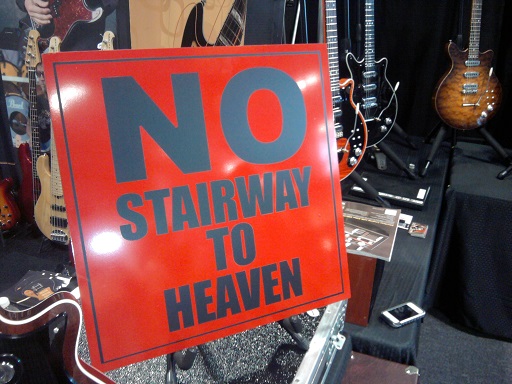 The NAMM show, like the US musical instrument market it represents, is very guitar-centric.

Unless you’re looking for an accordion, that is.

It’s possible that I missed a booth or two, but as far as I could tell when I visited, the place was 100% accordion-free. A squeezebox wasteland.

Even Roland, who gets a lot of credit for spearheading the digital accordion movement with their “V-Accordion” line, was basically phoning it in with a mere handful of non-accordion products. (The fact that they weren’t even mentioned in much of the printed material makes me suspect that their attendance was a last-minute afterthought.)

I guess that’s not too surprising. There was a time when accordions outsold electric guitars in the USA, but that was way back in the pre-Beatles days of yore. (Interestingly, Musikmesse, the European equivalent of NAMM, is still chock-full of accordion exhibitors.) Also, the Nashville show is really just a quarter of the size of the “real” NAMM taking place each year in Anaheim, so I guess you have to focus on what sells.

If there’s a silver lining it’s that just about every guitar-maker at NAMM was also selling ukuleles, along with entire booths leased by ukulele-only companies such as Kala and the Magic Fluke Company (who, by the way, are awesome folks). That’s something you probably wouldn’t have seen five years ago.

I’ve always felt that the ukulele and the accordion were sort of kindred spirits following similar trajectories–enormously popular in the first part of the 20th century, the butt of jokes by the second part, and only now becoming “cool” again thanks to a generation too young to have Tiny Tim and Lawrence Welk on their cultural radar.

So if the ukulele can successfully escape from the Island of Misfit Instruments, maybe there’s hope for the accordion yet.