First of all, let me say that Brendan Leonard has a great blog called Semi-Rad that is well-worth a subscribe. It’s not a blog about playing music. On the surface, it’s about travel and outdoor adventuring. Lots of content about hiking, camping, climbing, and that sort of thing.

But at the core, it’s a blog about connecting with the world and with the fellow humans who live in it. It’s about setting challenges, improving yourself to a level where you can maybe meet them, dealing with failure along the way, and falling in love with the whole process.

So yeah, I guess it sort of is a blog about playing music.

Case in point is this post on The Power of a Fear-Based Fitness Plan, which starts with a question:

Have you ever committed to something you weren’t sure you could do, and then found yourself in the best shape of your life the week before that something happened?

I bet that some of the most furious bouts of woodshedding you’ve ever done–and largest resulting improvements in your musicianship–have been due to some sort of gig/audition/recital you’d managed to (perhaps ill-advisedly) commit to, and the sheer, waking-up-in-the-middle-of-the-night-thinking-about-it terror of completely botching it in a spectacular, white-hot fireball of suck. 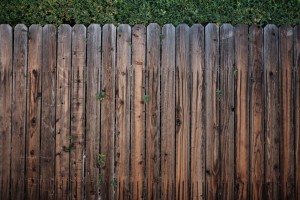 I’ve always heard this referred to as “throwing your hat over the fence”. It might be a tall fence, and you might not even know if it’s possible to climb over it. But if you ever want to see your hat again, well, you don’t have much of choice, do you?

I’ll be honest, I’ve lost a few hats doing this.

But it’s funny how those fences somehow seem to get a little shorter each time.