Whenever I need to whip up a musical example to use in one of my accordion student’s lessons, or a string arrangement for my wife’s quartet, or the free accordion music I post here now and then, I sit down at the computer and knock it out using notation software. I started out with Finale, then switched to Sibelius, and eventually became a huge fan of MuseScore, which has been my current go-to for the past several years. 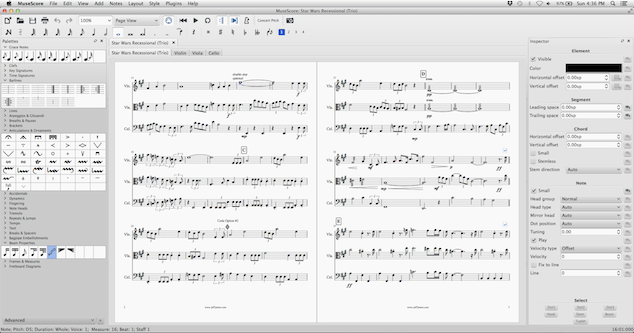 But long ago, when I first learned to write notation back at Berklee, none of the above programs existed yet, so we did it by hand, with a pencil or pen, a straight-edge, and a pad of pre-lined notation paper.

I thought that was pretty old-school until I watched the video below. I always knew that notating music was sometimes called “engraving” (The notation options screen in Sibelius is called “engraving rules”, for example), but I never gave much thought as to how it got that name. Behold: