Why am I posting about a recent interview with Josh Kantor, the organ player for the Boston Red Sox, on an accordion blog?

Well for one, back in my music school days, the Red Sox and I were neighbors. My apartment was right next to Fenway Park, and on game nights you could open the windows to let in the sounds of that historic stadium:  The echo of the announcer, the cheering of the crowd, and yes, the music of that organ. So there’s a personal nostalgia factor here right off the bat (so to speak). 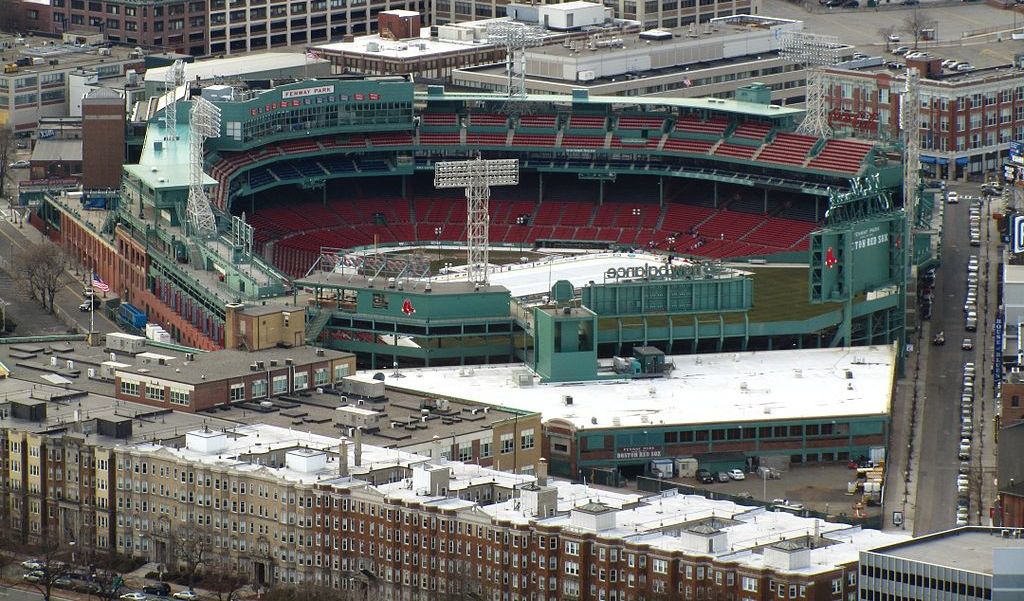 Somewhere in that row of brownstones in the foreground is my old apartment. Wonder if Carlos is still the Super there? (Photo Source: Melikamp, Wikimedia Commons)

Secondly, how can anyone not post about something baseball-related after that amazing World Series that wrapped up last night? (Go Cubbies!)

Third, it’s interesting to note how baseball organists face many of the same challenges we accordionists do as players of perhaps old-fashioned-seeming instruments in a modern world. Kantor’s solution? Honor the old, but mix in plenty of the new:

I’ve done a lot of study and research about the history of ballpark organ music in Boston and in other cities. [I] have tried to borrow from and preserve the best and most beloved traditions of that, as well as updating it and having it evolve and be this thing that’s relevant in the modern age, whether it’s through playing newer songs or taking requests or whatever the thing is.

Then there’s this quote, which really jumped out at me:

I play pretty much entirely by memory and by ear. There was a time in my life as a child when I was pretty good at reading sheet music, but I just haven’t kept up with it, and those skills have kind of deteriorated. But I have a lot of ear training, so I’m usually able to hear a song and play it back, which is just something that comes from a lot of practice.

Yet more proof that having a “good ear” isn’t something you either have or don’t have. It’s not a magical gift. It’s a skill, like any other, and can be developed and improved by anyone willing to put in the work. (And it’s very useful for the working musician!)

Anyway, the whole interview is a great read. Check it out!