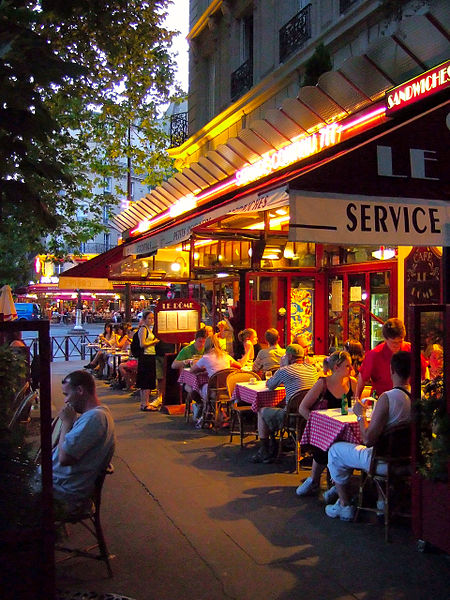 If I were to close my eyes right now and imagine myself at an outdoor cafe in Paris, there would, I’m sure, be a certain sort of music playing in the background. I bet you know the kind I’m talking about: Charming, romantic, maybe a little jazzy, and heavy on the accordion. Music that sounds like fresh croissants smell.

That’s a style of music called “musette”, and many accordion players (myself included) love it in the same way–and for many of the same reasons–that banjo players love bluegrass and harmonica players love the blues. It’s tailor-made for our instrument, fun to play, and sounds great!

For a deeper look–and listen–into musette, here’s Jean-Pierre Beaurenaut’s 1993 documentary Paris Musette, which traces the genre from its start in the folk traditions of 19th-century rural France, through the influences of Italian immigrants, two world wars, and American jazz.

At least I think that’s what’s going on in the film. It’s in French, and mon français n’est pas très bon. But regardless of your own language skills, it’s still worth checking out if only for the great performances (both “live” and from archival recordings) and the vintage scenes: