If you don’t follow tennis, you might not know that, this past weekend, Andy Murray became the first British man in 77 years to win the Wimbledon championship. 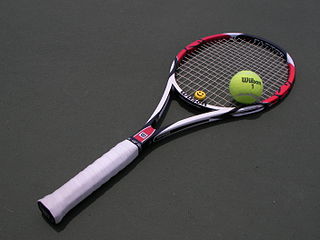 He had tried to pull this off when he made it to the finals the year before. Then, as now, he had the talent. He had the strength. He had put in an enormous amount of work training with one of the best coaches in the sport. Just like this year, nearly the entire country was following the match on television. Crowds packed the pubs and gymnasiums of his hometown of Dunblane to hold viewing parties and cheer him on. Over three-quarters of a century of pent-up British hope sat on Andy Murray’s shoulders… hopes that were dashed when he lost in the fourth set.

So what changed? How was this year different? I suspect the key was Murray’s mental game. He was noticeably more calm and composed this time. Mistakes and annoyances during the match seemed to more easily roll right off of him. He somehow found a way to shrug off the unfathomable pressure.

Playing music is not much different from playing sports in this regard. You can practice the material. You can run your drills, etc. But even then, an untrained mind can sabotage your performance.

It’s worth reading some advice from Murray’s sports psychologist. One tip stands out as applying especially well to musicians:

An essential truth to performing well: You won’t play at your best when you are focused on outcomes. “Focus instead on the specific task at hand […] When your mind starts tracking/wanting to know how the match is going to turn out, you have stopped PLAYING THE MATCH.”

Similarly, musicians can guard against pressure by focusing on their task at hand when performing. When your mind starts worrying about outcomes–whether you’ll pass the jury, or whether the club owner likes you enough to hire you again, or if anyone will remember that note you flubbed four measures ago–then you have stopped playing music.